South African cuisine reflects the diverse range of culinary traditions embodied by the various communities that inhabit the country. Among the indigenous peoples of South Africa, the Khoisan foraged over 300 species of edible food plants, such as the rooibos shrub legume, whose culinary value continues to exert a salient influence on South African cuisine. Subsequent encounters with Bantu pastoralists facilitated the emergence of cultivated crops and domestic cattle, which supplemented traditional Khoisan techniques of meat preservation. In addition, Bantu-speaking communities forged an extensive repertoire of culinary ingredients and dishes, many of which are still consumed today in traditional settlements and urban entrepôts alike. By the seventeenth century, Dutch – and later British – colonization and settlement of the Cape Colony resulted in further culinary diffusion. Cape Coloured and Cape Malay communities founded a distinctive diasporic cuisine, derived largely from Malaysian and Indonesian culinary traditions, while Afrikaner voortrekkers further inland adapted Dutch, Khoisan, Cape Malay and Bantu foodways to accommodate their peripatetic lifestyle. In addition, French Huguenot refugees, many of whom settled in Franschhoek, played an instrumental role in developing South Africa’s viticultural industry.

As the British colonial enterprise in South Africa proceeded into the eighteenth and nineteenth centuries, immigrants from Asia, many of whom arrived as indentured laborers in the nineteenth century, further enriched the culinary oeuvre of South Africa. In particular, Indian South Africans – and, to some extent, Chinese South Africans – brought a wealth of spices, seasonings and dishes, historically associated with Kwa-Zulu Natal, although Indian cuisine is currently widely available across South Africa and savored by many ethnic groups.

As oppression, violence and poverty festered in South Africa during apartheid, international sanctions further stifled the country’s culinary output. However, shebeens situated in urban townships served as loci of solidarity and resistance, especially for black South Africans who pursued their cultural and culinary traditions to preserve their heritage and cultivate community ties. Following the end of apartheid, South African cuisine witnessed a renaissance, with diverse culinary options available in most of the country’s major cities catering to tourists, expatriates and locals alike. In addition, South African ingredients and dishes have attained greater visibility worldwide, owing to the growing economic and cultural clout of the country, coupled with the burgeoning South African diaspora.

Dry curing was a method used to preserve meat by the indigenous  tribes of South Africa before fridges were invented. Usually made from beef or game, such as springbok, biltong (a thinly sliced, air-dried meat) and droewors (an air-dried sausage) are traditionally eaten as snacks. The meat is cured in a mixture of vinegar, salt, sugar and spices such as coriander and pepper, then hung to dry. The finished product is prized by health enthusiasts for its high protein and low fat content. Nowadays, biltong and droewors producers often add flavourings such as chilli or garlic to the meat and use a variety of meats, such as ostrich and wild boar.

This is a traditional South African sausage made from beef, mixed with either pork or lamb and a mixture of spices. Boerewors are traditionally served in a coiled shape, similar to the Cumberland sausage and cooked on a braai (barbecue). The word boerewors comes from the Afrikaans and Dutch words boer (farmer) and wors (sausage). 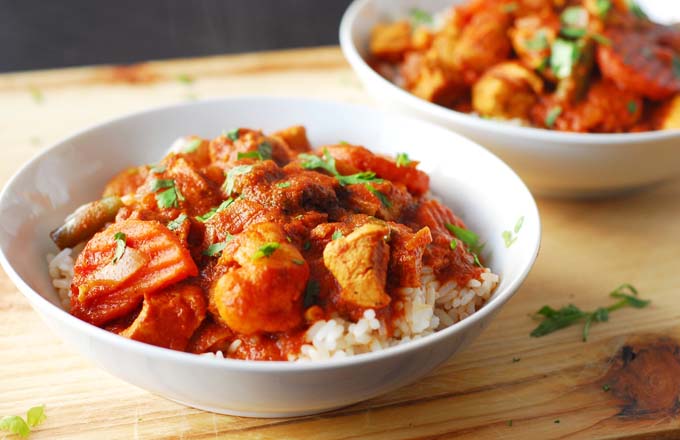 In the 17th century, the Dutch and French landed and settled in Cape Town, bringing slaves from Indonesia, India and Malaysia, along with their spices and traditional cooking methods. When combined with local produce, the aromatic spices such as cinnamon, saffron, turmeric and chilli created fragrant curries and stews, which are still popular in the area today.

A Dutch import, malva pudding is a sweet and sticky baked sponge pudding made with apricot jam and served smothered in a hot cream sauce. This is South Africa’s answer to the British sticky toffee pudding, served in many restaurants but mainly baked at home for Sunday lunch. 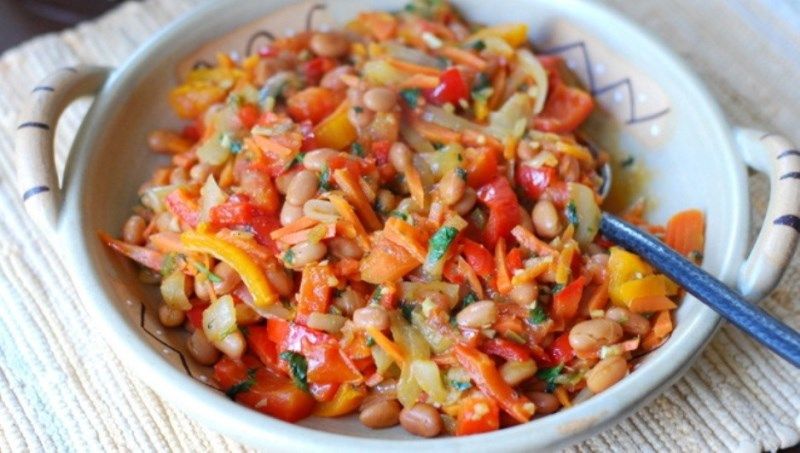 For a real taste of South Africa an authentic braai or shisa nyama (‘burn the meat’ in Zulu) is an eating experience not to be missed. Braais originated in the townships of Johannesburg, with butchers who set up barbecues in front of their shops at weekends to grill their meat and sell it on the street. Nowadays, local communities gather at braais at the weekends to share food. Pop along to soak up the vibrant atmosphere, listen to music and take your pick from the meat on offer, usually comprising of beef, chicken, pork, lamb and vors (sausages) – this is not an outing for vegetarians! 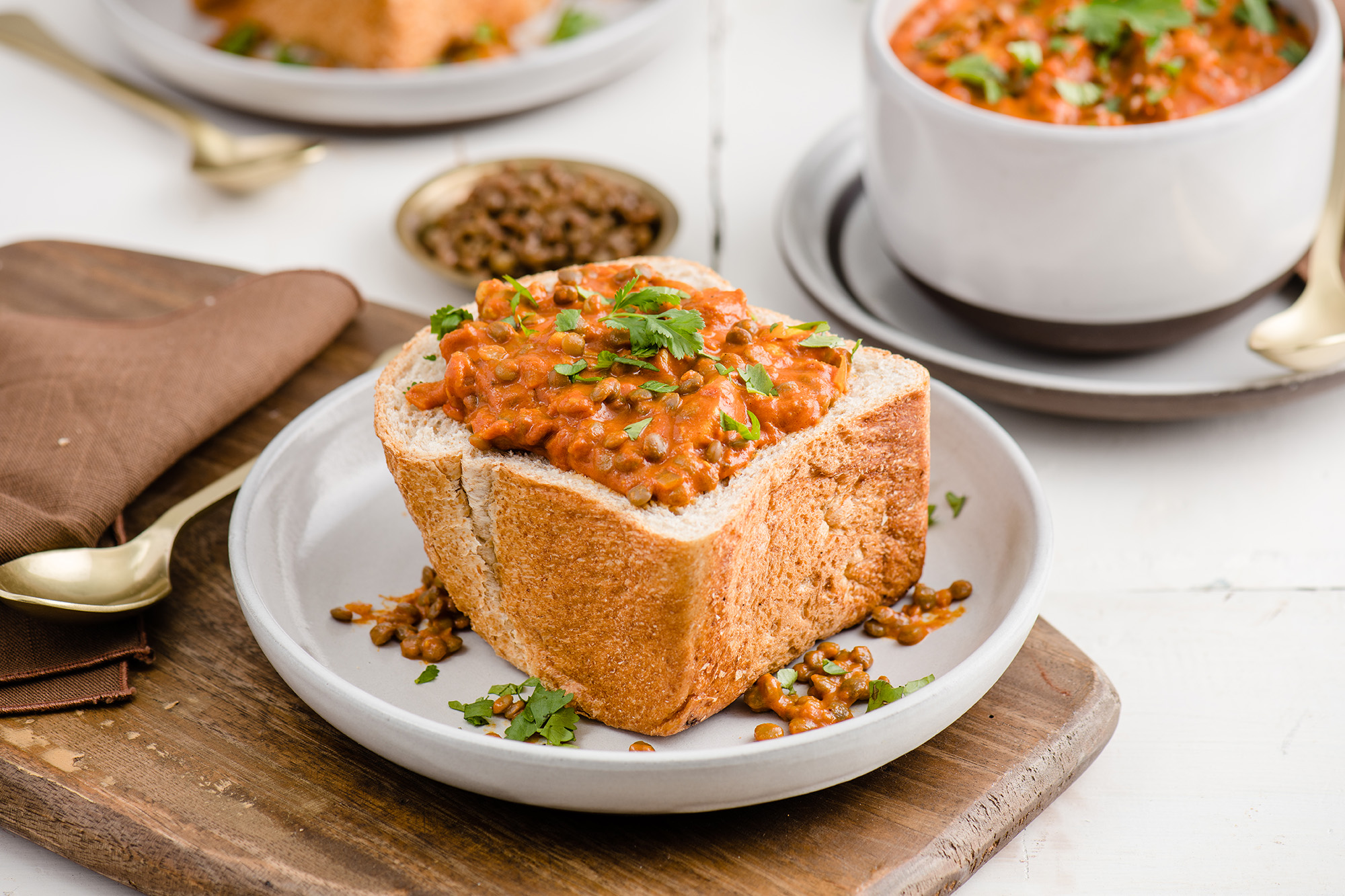 This street food of Durban has become popular across South Africa and is now starting to hit our food markets back in London. Hollowed out loaves of bread, stuffed with spicy curry were originally created by the immigrant Indian community in the Natal area of Durban and served to workers for lunch. Try chicken, pork or vegetarian varieties containing lentils and beans.

This cocktail-come-dessert uses South African Amarula, a cream liqueur made from the indigenous marula fruit, blended with ice cream. Find it in every bar or take a bottle of Amarula home from duty-free to make your own! Another dish thought to have been brought to South Africa by Asian settlers, bobotie is now the national dish of the country and cooked in many homes and restaurants. Minced meat is simmered with spices, usually curry powder, herbs and dried fruit, then topped with a mixture of egg and milk and baked until set.

Similar to the British custard tart or Portuguese pasteis de nata, melktert consists of a pastry case filled with milk, eggs and sugar, which is usually thickened with flour. The finished tart is traditionally dusted with cinnamon. A real South African comfort food, it is served as a dessert, and also available in many bakeries.

Medicine seen as one of worst disability offenders

View all posts by rockzillatvcom →